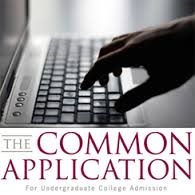 As more and more students apply to college, schools are looking to application essays to really know applicants.

School buses just started rolling out in Miami-Dade County, announcing sunrise and the beginning of a brand new school year, but already high school seniors are focused on college.  With early admission deadlines looming, students are beginning a new rite of passage: conquering the college application and, with it, the dreaded college application essay.

As competition for acceptance to top schools increases, students began applying to more and more schools.  So many now turn to the Common Application, a not-for-profit organization, developed in 1975 to help cut down on the number of separate applications and essays a student applying to numerous colleges and universities would have to complete.  This one application is accepted at nearly 500 colleges and universities across the country.

So when something changes on the application, it’s big news; it affects thousands of students, all hoping and competing for a seat at their dream school, but they may also indicate a changing tide, on college campuses and perhaps in society.

As more and more students apply to college, the Common App’s biggest changes are in customer service. The site now has:

The essay prompts, which underwent some big changes last year, are the same this year. Despite the rapid increase in abbreviations, emoticons and whole stories told in 140 characters or less, last year’s Common Application increased its word limit from 500 words to 650. That remains the same. But, many subscriber colleges and universities, such as Stanford and the University of Pennsylvania, are also requiring applicants to answer “Supplemental” questions.

In other words, colleges want to know more about their applicants.  And not more details, but rather a narrative with depth, insight, profundity.

And therein lays the conflict.  Students know what is at stake.  They need to be memorable, but honest; smart, but not pretentious; funny, but not silly.  And the indecision and insecurity can lead to bad essays.  Too often, applicants make the mistake of trying to write about every accomplishment – every medal, trophy and extra credit point they ever earned – or settle for a cliché topic, or avoid expressing an opinion or taking a stand.

Admissions officers read essays for up to twelve hours a day. They are looking, and probably wishing for, essays that are different, essays that stay with them.  So really, the best advice for someone sitting at a blank screen, suffering paralyzing self-doubt and writer’s block, is to relax and tell a story.

Admission officers want to know the applicant.  They want to know who students are, how they think, and what they can bring to their school.  So students must distinguish themselves in their own voice. What do they want the person reviewing the application to know about them?  What makes you, you?  How are you different than the applicant before you? And the one before him?

The topics are personal, probing, direct.  Among the questions that the Common Application asks students to write, are how experiencing failure shaped them, about a moment that symbolized the beginning of adulthood, or a time that they challenged a belief or idea.

In other words, colleges and universities want to hear about a pivotal moment; they want to read about applicants’ personal, psychological and/or moral growth.  They want to know that the applicants themselves know that they are different.  Because in paradoxical era of oversharing – photos, intimate details, our whereabouts, etc. – while under-communicating, we actually know less about whom we are and what we think.  We spend a lot of time documenting our experiences and very little time considering how they shape us.  Perhaps the Common Application will help change that, if only for college application season.